Celebrating the Evidence of Life, through Repair 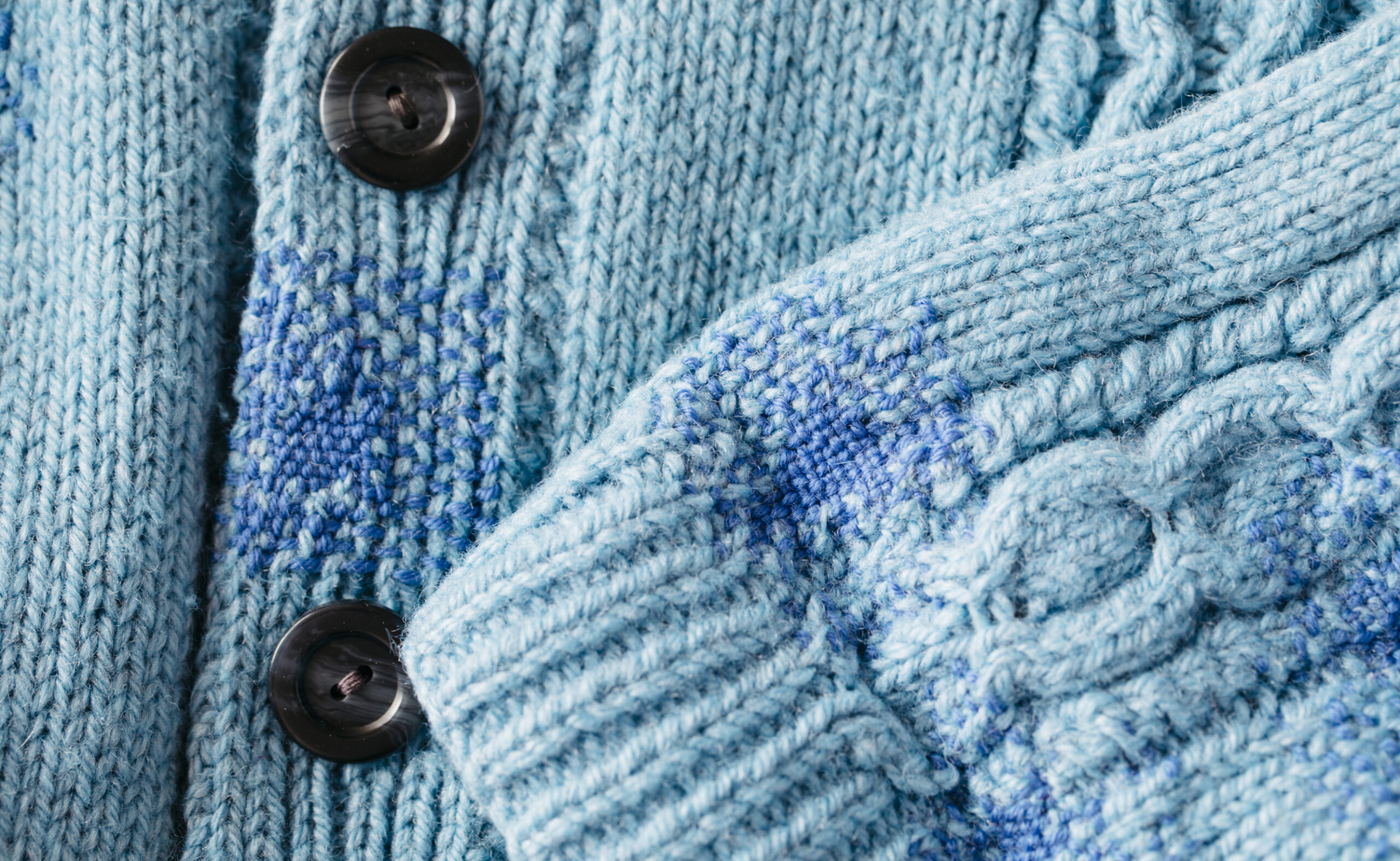 Upon examination, any historic darning sampler will show evidence of painstaking effort to hide the stains and tatters of life. Careful patching, even reweaving, demonstrates not just the technical prowess of the mender, but a society bent on preserving perfection. Repair hides the destructive markings of lived garments — signs of falling down, habitual motion, or evidence that one’s big toe is just that — too big.

Artist Celia Pym is a mender of a different sort. She reconstructs garments with an almost violent flair for surgical intervention. The overtness of her repair is celebratory. Threads and yarns used to close holes and graft new skins are highly visible, stitched in contrasting colors. Pym sometimes chases the human story in garments of people she has not known with forensic attention, eager to uncover the story of the wearer’s unravelings.  Once, taking possession of a sweater worn to symmetrical holes above the elbows, Pym researched the life of its former inhabitant, discovering that he worked at a drafting table, thinking with his arms pressed to its surface.

Pym finds great joy in patching things back together. In addition to being a professional artist, she also holds a degree in nursing. One can feel within Pym the totality of her desire to repair. In fact, Pym commits so entirely to this practice that she surpasses the simple restoration of shredded garments back to original function. Deeply moved by the moment in the story of Peter Pan when Wendy offers to stitch Peter’s lost shadow back onto him, Pym is inspired to mend less traditional forms. During quarantine she turned her attention to paper, perhaps a reference to her imaginings of Peter’s flat shadow, and mended a torn paper bag used to bring home potatoes from the market.

Pym explains, “It isn’t just the torn bag which I felt I could repair. I was also taken by the creases, where the bag had been rolled down, a recording in wrinkles of exactly how full of potatoes the bag had been. A small gesture evidencing my outing, which these days are more rare.”

Pym has also been mending her studio sweater, and the studio armchair in which she sits. These ongoing works are a self-documenting diary, evidence of how a day accrues drama. “There can be no repair without damage,” she says. “The damage is life’s story. To hide it would be to erase it.” The chair’s devoted and continuous darning ages along with her. An ever-changing canvas. An evolving skin.

Learn more about the art of Celia Pym.